Forget Me Not… Caring for Someone with Dementia 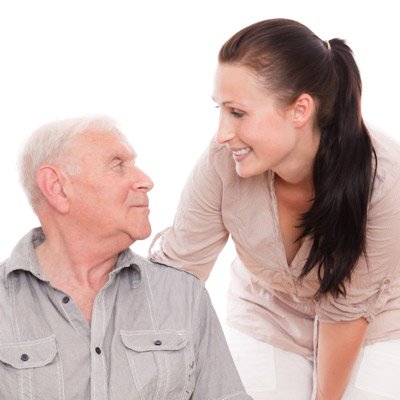 Many of us do not understand the difference between Dementia and Alzheimer’s disease… a lot of us believe they are the same thing.  Allow me to try to shed some light and bust some of the stigma around dementia…

Dementia is NOT a specific disease. The term “dementia” is an overall diagnosis of multiple symptoms that are caused by brain disorders.  Symptoms may include memory loss, difficulties with problem solving or language, mood or behaviour changes, and processing information.  Dementia is progressive, which means that the symptoms will get worse as time passes, more brain cells get damaged and, eventually, die. As previously stated, dementia can be caused by certain brain disorders, one of those being Alzheimer’s disease.  Alzheimer’s is a specific disease that affects the cells of the brain.

Because of many misconceptions, a dementia diagnosis can lead family members and friends to start labelling the diagnosed individual or excluding them from events.  Quite often, there is an underlying fear of being able to handle someone with dementia, especially the ability to care for them on a daily basis. The reality is that your loved one is going through an illness that demands support, but also requires you to maintain their dignity and remind them that they are loved.

My grandmother was a very proud woman, and a strict school teacher for over 20 years.  She was in her 50’s when she immigrated to Canada, she lost my grandfather when she turned 75, and was officially diagnosed with Alzheimer’s disease that brought on her dementia just before she turned 80.  Some of my family members considered it a hard blow, but I really didn’t see it that way. In my eyes, she was still the woman who ran a household and raised eleven kids, all while teaching hundreds of other children to read, write and do math.  If anyone could stand up to dementia, she certainly could.

We spent the next few years watching her memory slowly decline… her motor skills slow down… and a lot of the time, she would revert to her native language, instead of speaking English.  There were days that she thought she was still back home in the Philippines and wanted to go to the school to teach her classes… and there were days that she remembered that she was sick.  Caring for her became difficult, especially on days she refused care, but it was never a question for us to keep caring.

Dementia care is a commitment that a family has to take on together.  I firmly believe that caring for someone with dementia takes a strong support system, never-ending patience, and an abundance of love.  It is not impossible to provide someone with dementia with the care that they deserve! It is not just helping them through a daily routine, it is allowing them to live their best life, despite their dementia.

Call today to setup your free no obligation consultation

We are working through the COVID-19 pandemic and current lockdown to provide quality home care services during this difficult time. Our staff follows all safety protocols mandated by the Ontario Ministry of Health in order to keep you and your loved ones safe.